The EFF said the aim of the protest was to highlight alleged racism and segregation at the school, something that learners have posted about on social media.

At the heart of the matter was a private function organized by parents to celebrate the end of matric after the traditional matric dance was cancelled due to Covid-19.

Police used stun grenades and sprayed dye and teargas to disperse about 2,000 EFF supporters in Brackenfell outside Cape Town today. The protestors were attempting to force their way through the police barricades protecting routes to the Brackenfell High School.

A permit was granted for the EFF protest outside Brackenfell High School today, giving permission for 100 protestors to hand over a memorandum to the school. 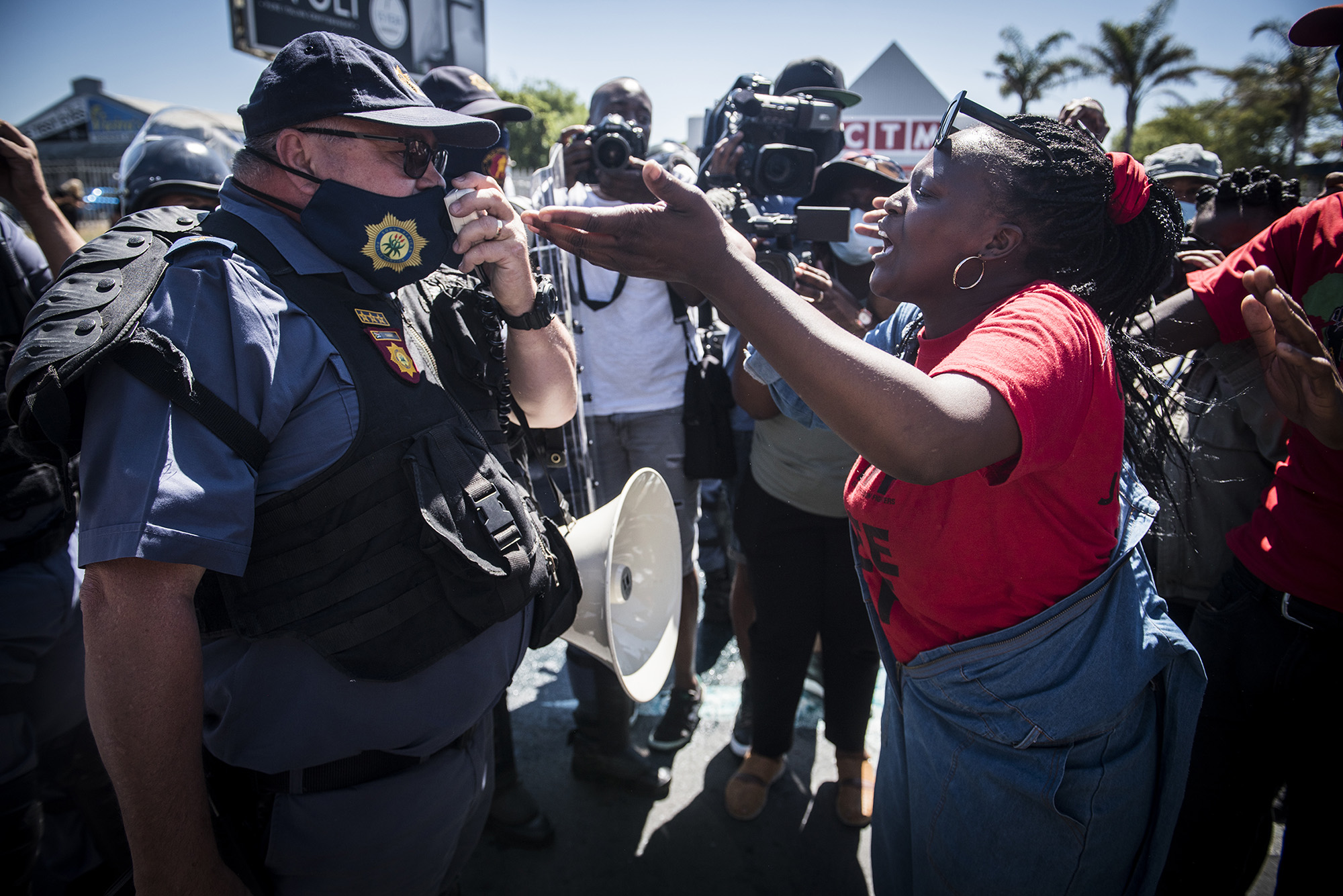 It was claimed that black learners were neither informed nor invited to the function. Two teachers apparently attended the function on a wine farm.

EFF secretary-general Marshall Dlamini negotiated with police, requesting that they increase the number of protestors allowed to march to the school.

An agreement was reached that 500, instead of 100, protestors could approach the school. However, meters down Paradys Road, EFF supporters tried to barge their way through the cordon and the barricade and police opened fire with stun guns and teargas.

This website uses cookies to improve your experience while you navigate through the website. Out of these, the cookies that are categorized as necessary are stored on your browser as they are essential for the working of basic functionalities of the website. We also use third-party cookies that help us analyze and understand how you use this website. These cookies will be stored in your browser only with your consent. You also have the option to opt-out of these cookies. But opting out of some of these cookies may affect your browsing experience.
Necessary Always Enabled

Performance cookies are used to understand and analyze the key performance indexes of the website which helps in delivering a better user experience for the visitors.

Analytical cookies are used to understand how visitors interact with the website. These cookies help provide information on metrics the number of visitors, bounce rate, traffic source, etc.

Advertisement cookies are used to provide visitors with relevant ads and marketing campaigns. These cookies track visitors across websites and collect information to provide customized ads.

Other uncategorized cookies are those that are being analyzed and have not been classified into a category as yet.